I was in Bukit Bintang area for 2 days, stayed over in Prince Hotel for 1 night. 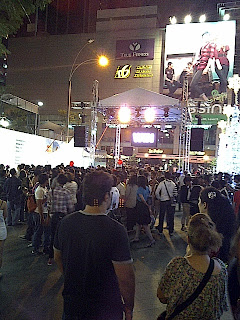 
I was there (bukit bintang) few years ago and things are still the same.


But I'm different, though.


So countdown in a big party like that, I won't join even if my friends ask me to go.


Last night I just stood there and watched the crowds for about 10 minutes I guess, and then back to hotel room. 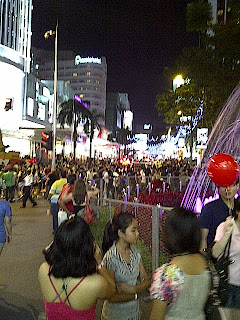 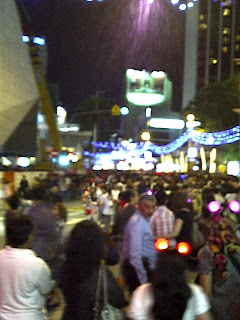 I like the quiet countdown, just sit and watch the fireworks.
Hahaha.
The last movie I watched in year 2010 at 10pm were 'Knowing' by Nicholas Cage.
It was showing in Astro channel.
The movie finished and countdown of a new beginning of the year 2011 was on right time! 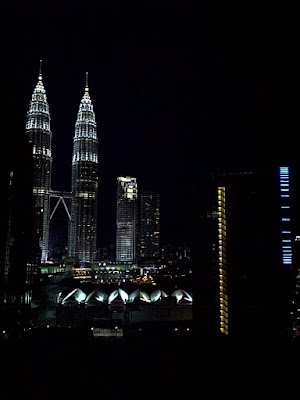 It was beautiful but slightly...I mean there was a building block the low fireworks that came out from KLCC park.
But what I like about this video I took is that, KLCC Twin Tower was in the background with fireworks shooting in the sky. Beautiful enough....hehehe....
So this is it!
And this is my 1st post in year 2011.
May all the wishes for the new year come true and enjoy your life as much as possible because we never know what happens tomorrow.
Happy New Year 2011 to you all.
at January 01, 2011