Okay...here's the truth I found out about Scrummy's voucher promotion.
This time we use voucher again of course and order the choice that we haven't had it before.
They are mushroom soup, normal salad, lamb chop with rice and banana fritter.


So here's the case.
I was looking through the dessert menu when doing order.
We had Bread & Butter Pudding (no picture shown in menu) as dessert in my previous post, so this time we try the other which is Banana Fritter (picture shown in menu).
When the dessert came at last, I was stunned.
I thought I saw the picture in the menu, but it came differently.
Let's see the photo:


Picture in the menu 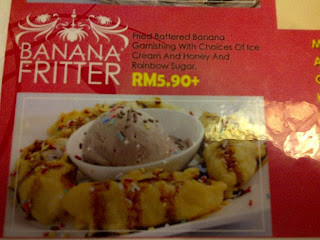 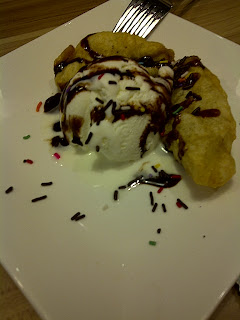 Where's the other 2 pieces of fried banana?
I asked my partner with my eyes and mouth open.
So the truth is, most of restaurants they are doing the same whenever they have kinds of promotion.
In this Scrummy case, they have voucher costs RM 26.40 nett for 5 courses and of course they will cut down on the portion part.
Okay, let's say they should do that.
But the display was like the dish has been eaten half and left to us to eat?!?!?
Apa macam!
Now I'm wondering if this happens to Patrick Teoh, what would he has in mind!
Hahaha!
So now I get it also that Bread & Butter Pudding was also half cut the other night we've dined in.
Stupid me!~ hehe...
Here's the rest of the choice of the night we made.
Enjoy, everyone :)
Mushroom Soup 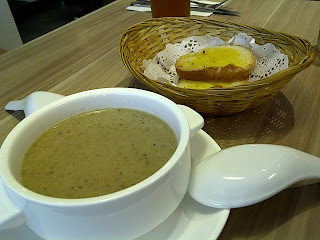 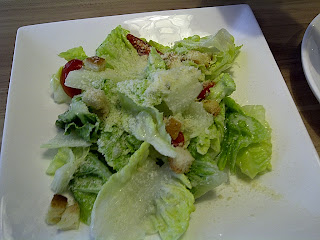 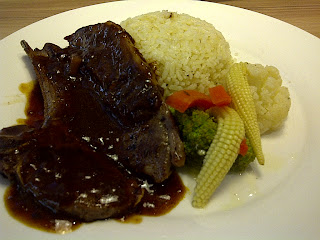