The famous street art in Penang 'Little Children on a bicycle" and "Reaching Up" by Ernest Zacharevic has been found in Guangzhou, China.

Two days ago, my friend from Guangzhou wechat me one photo of him with "Little Children on a bicycle". So I thought he must be in Penang for vacation. After seeing the picture in closer look, I found out something different from the one in Penang. The wall. In the end, my friend told me it was taken in Guangzhou, which means there are a few street art done by Ernest Zacharevic replicated in China.

Shouldn't be surprised because we all know China has good copycat skill. Still, I was shocked. Here's the photo from my friend & the one I took when I was in Penang few months back : Little Children on a Bicycle. 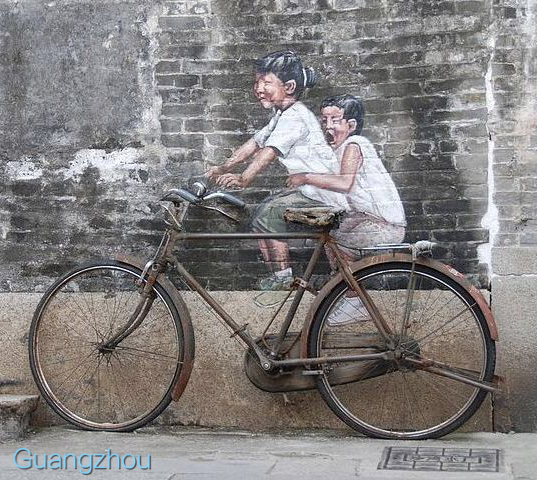 Above pic is from my friend in Guangzhou. Below pic is mine & that's my finger in the photo. See the difference? 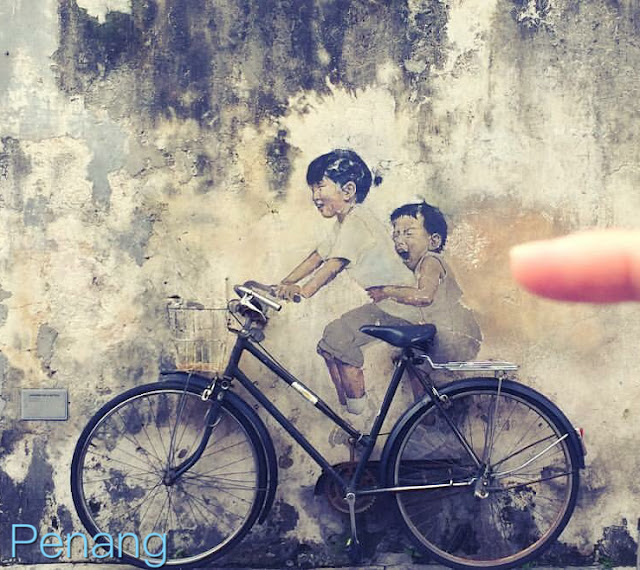 For "Reaching Up", there are two kids in the pic of Guangzhou version & I cropped the large pics & used collage view to compare two street art. I did not take Reaching Up mural in Penang, therefore I found the pic from penang-traveltips.com 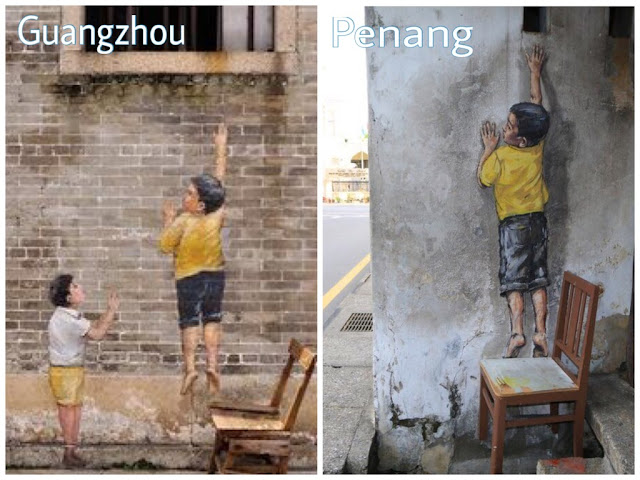 Here's the full resolution of the pics 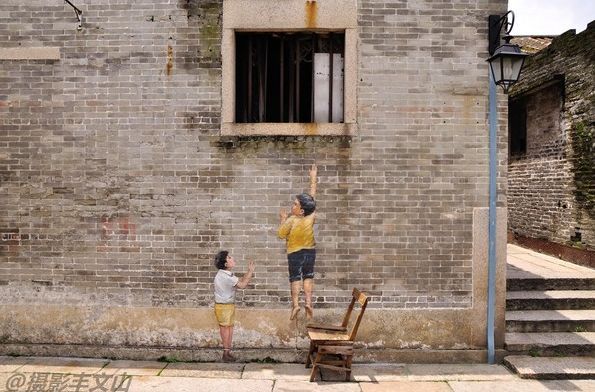 Image from weibo site. Two kids instead of one kid in Reaching Up. 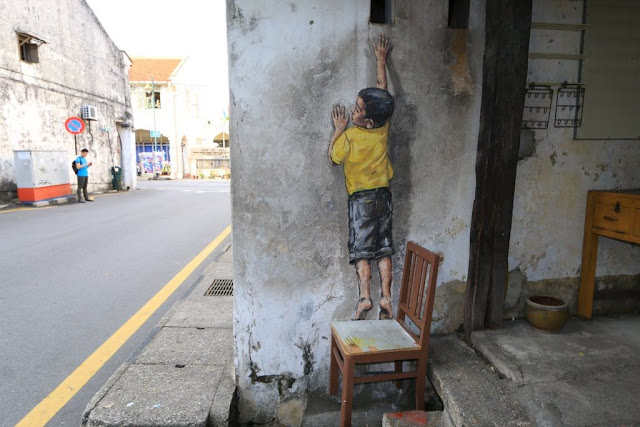 I'm not sure is there more replica of Ernest Zacharevic's Street Art in China. My friend only informed me these two.

So what do you think?
Which do you like/dislike most?
What do you say about this?